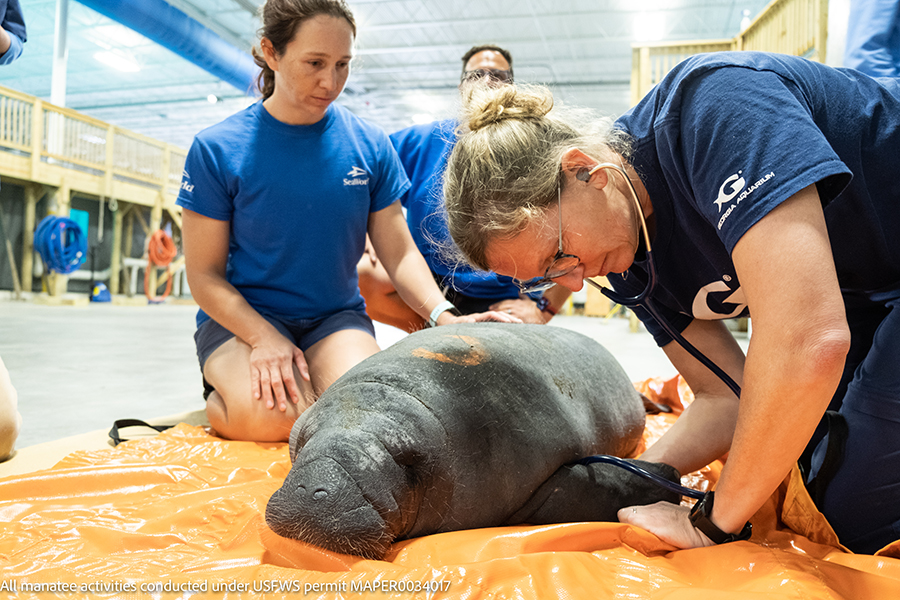 On March 9, the first two manatees arrived at the Aquarium’s Animal Care Facility, an off-site center focused on caring for rescued animals, from SeaWorld Orlando for ongoing care until they are deemed healthy enough for release back into Florida waters. The orphaned juveniles, a 160-pound male and 175-pound female, who are currently unnamed, were rescued by SeaWorld in December and have received rehabilitative care since then. 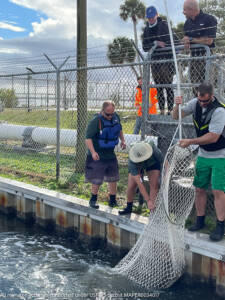 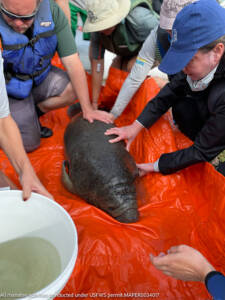 The two are now stable and have moved to the next phase of their recovery. The addition of Georgia Aquarium to the MRP frees up urgently needed space in SeaWorld’s Rescue and Rehabilitation Center, one of only five U.S. critical care facilities, which is becoming increasingly limited due to the ongoing Unusual Mortality Event (UME).

In 2021, 1,101 manatees died across Florida, primarily from starvation due to loss of seagrass in the Indian River Lagoon, a result of pollution and ongoing poor water quality issues. In the first two months of 2022, another 375 manatees already have perished. Other challenges manatees face include cold stress and boat strikes.

“The fight to save manatees amidst this record-breaking unusual mortality event requires a great deal of commitment and collaboration from all of our dedicated partners,” said Jon Peterson, VP of Zoological Operations at SeaWorld Orlando, head of SeaWorld Orlando Rescue Team and chairman of the Manatee Rescue and Rehabilitation Partnership. “We sincerely value the long-standing partnership we’ve had with Georgia Aquarium and look forward to working together to advance marine animal conservation for years to come.”

The Manatee Rescue & Rehabilitation Partnership (MRP) is a cooperative group of entities dedicated to the rescue, rehabilitation, release, and monitoring of manatees. As part of this partnership, Georgia Aquarium designated additional rehabilitation space at its Animal Care Facility, which boasts new life support systems, access to veterinary care and monitoring, and ample space. The manatees being cared for by Georgia Aquarium will not be on display to the public. This facility is an additional recovery care space for manatees until they are healthy enough for release, and for other animals in need of rehabilitation or quarantine.

“Georgia Aquarium has been involved in manatee research and health assessments for several years, but this is the first time we will have manatees under our care,” said Eric Gaglione, VP of Zoological Operations at Georgia Aquarium. “We have an important long-standing partnership with SeaWorld for the conservation of marine animals and are honored to join them and our other colleagues in the Manatee Rescue and Rehabilitation Partnership to give these two orphaned manatees a fighting chance. Manatees are in crisis, and it is our role as an accredited aquarium to do everything we can to change their fate in the wild.” 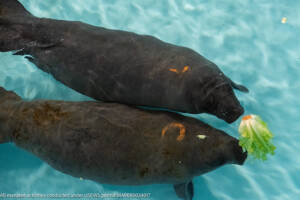 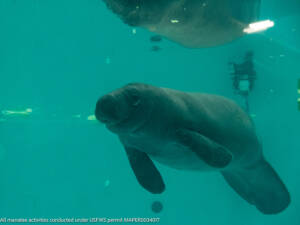 Once the manatees have reached sufficient size and become healthy enough to survive on their own, they will be returned to the care facility at SeaWorld Orlando before being returned to their native habitats in Florida.

“Responding to manatees in need has always been and will always be a priority, especially during the Unusual Mortality Event that has taken so many manatee lives over the past two years,” said Gil McRae, Director of the Florida Fish and Wildlife Conservation Commission’s Fish and Wildlife Research Institute. “We are grateful to have a loyal coalition of partners like SeaWorld and Georgia Aquarium who work tirelessly to ensure that every manatee has the best possible chance at survival.”

Since 1976, SeaWorld has helped ill, orphaned, and injured manatees, with the Florida team alone having rescued and rehabilitated more than 800 manatees.  SeaWorld’s five-acre rescue center in Orlando has the capacity to care for up to 40 manatees at a time – one of the largest spaces available – and the team is on call 24 hours a day, 7 days a week to come to the aid of animals in need.  Its facilities have a wide range of critical care amenities including lifting floors, top-of-the-line therapeutic and diagnostic equipment, and expert veterinary and animal care staff.  SeaWorld also is credited for life-saving innovations in animal care and treatment for manatees that includes developing a special baby manatee formula adaptable to meet each individual nursing calf’s requirements and creating a hand-feeding baby bottle that imitates a mother manatee. SeaWorld pioneered manatee treatment techniques including ultrasound, anesthesia, X-rays, surgery, and thermography; SeaWorld veterinarians were also the first to put a cast on an injured manatee.

Georgia Aquarium is a leading 501(c)(3) non-profit organization located in Atlanta, Ga. that is Certified Humane by the American Humane Association and accredited by the Alliance of Marine Mammal Parks and Aquariums and the Association of Zoos and Aquariums. Georgia Aquarium is committed to working on behalf of all marine life through education, preservation, exceptional animal care, and research across the globe. Georgia Aquarium continues its mission each day to inspire, educate, and entertain its millions of guests about the aquatic biodiversity throughout the world through its hundreds of exhibits and tens of thousands of animals across its nine major galleries. For more information, visit www.georgiaaquarium.org.

SeaWorld Entertainment, Inc. (NYSE: SEAS) is a leading theme park and entertainment company providing experiences that matter, and inspiring guests to protect animals and the wild wonders of our world. The Company is one of the world’s foremost zoological organizations and a global leader in animal welfare, training, husbandry, and veterinary care. The Company collectively cares for what it believes is one of the largest zoological collections in the world and has helped lead advances in the care of animals. The Company also rescues and rehabilitates marine and terrestrial animals that are ill, injured, orphaned, or abandoned, with the goal of returning them to the wild. The SeaWorld® rescue team has helped more than 39,000 animals in need over the Company’s history.  SeaWorld Entertainment, Inc. owns or licenses a portfolio of recognized brands including SeaWorld®, Busch Gardens®, Aquatica®, Sesame Place® and Sea Rescue®. Over its more than 60-year history, the Company has built a diversified portfolio of 12 destination and regional theme parks that are grouped in key markets across the United States, many of which showcase its one-of-a-kind zoological collection. The Company’s theme parks feature a diverse array of rides, shows and other attractions with broad demographic appeal which deliver memorable experiences and a strong value proposition for its guests.