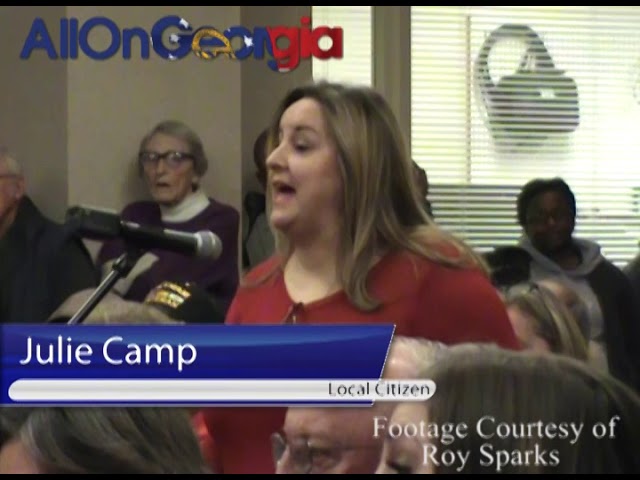 Camp stated after the meeting that she was unhappy with the way that the meeting format had been changed.  “A concerned citizen contacted Dr. Jones and she agreed to discuss this [the bus issue] with other concerned citizens. Then, we get to the meeting and there was a very long agenda with the bus issue at the end. I was not happy about that and wanted to move things along. They were allowing folks to ramble on about other issues that are not as imminent as the bus issue. That is why I mentioned that they were stalling. After I asked my question, she threatened to have me removed.”

Camp was brought outside the meeting which was being held in “Citizen’s Hall” and spoke to deputies in the lobby of the courthouse briefly before returning to the meeting.