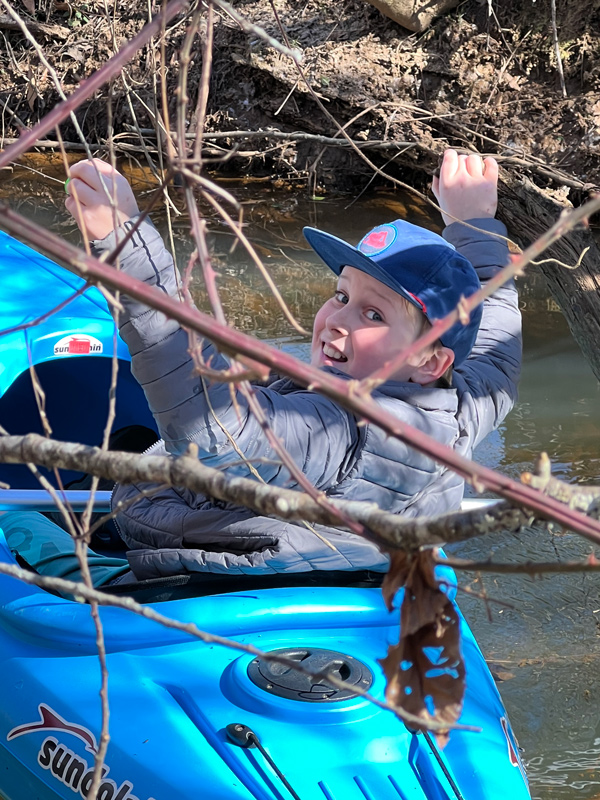 As a father of four boys, every single day is an adventure. From watching them climb trees in the front yard to begging them not to use the new leaf blower as a jet-propulsion system for a skateboard, there’s never a dull moment for parents nor boys. This is all part of that inherent exploration and flirtation with danger that comes naturally to boys from the get-go.

One of these great adventures started a few months ago in the early fall when two of my boys, ages 10 and 7 would routinely venture deep into the woods behind our house in seek of catching the elusive 4-5 inch whopper in the muddy waters of the creek winding it’s way through the woods. Every day, they packed up their tackle box and favorite bait or lures and headed down to the secret hole where they had pretty decent luck landing fish. One day my youngest was taking a brand new lure out that he picked out at Wal-Mart the day before for its first cast and immediately, he snagged it on a log out in the middle of the creek. All the tugging and whipping of the rod did nothing but anchor the poor kid’s lure deeper into the log. The water was cold and mud deep so they left that day disappointed and defeated.

Fast-forward to a chilly January day and the 10-year old gets a brilliant idea. Running upstairs in a fury of energy and excitement, he says he’s figured out a genius way to retrieve his brother’s beloved lure that had now been snagged on the log for several months. “I’m going to take the kayak out and paddle down to the log and get it! Can you help me carry it through the woods?”.

How could I resist the ingenuity and eagerness to help a brother out? We bundled up, dragged the kayak out of the basement and started the trek to the fishing hole. We put the kayak in nearby the aforementioned log and the boy proceeded up the creek to the exact spot. There it was. The lure was still snagged right there in the same spot, just waiting to be plucked and returned to the tackle box. The youngest was ecstatic and the oldest grinned with pride of a successful rescue mission.

Meanwhile, I watched with a deep sense of satisfaction knowing that my boys have the freedom to explore, get creative and come up with solutions on their own to their own boy-world problems. I watched the dog frolic around and eventually jump in the creek (didn’t see that coming, right?) and the younger boy hang upside down on a branch above the creek in joy. It was a perfect mini-adventure and to that I am thankful.

Not all adventures are grand in scale and some come in small packages like this one. Life is good and I’m beyond thankful for the privilege of being a boy dad.

Until next time, happy adventuring!

I'm a father of 4 boys, an adventurer and a UX designer by trade