GSU Graduate Student Discovering Savannah History ‘From the Ground Up’ 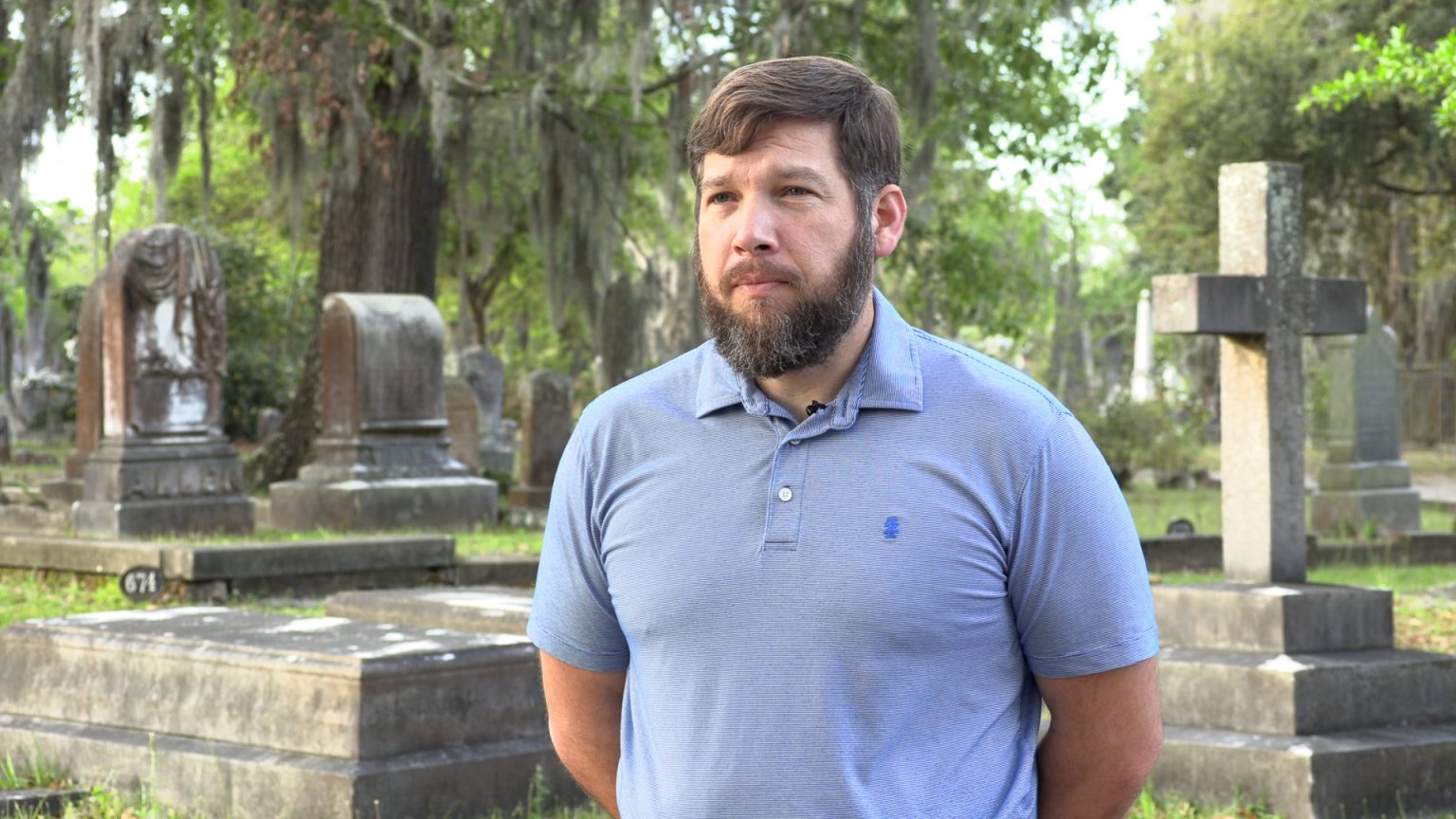 Mark O’Dell (pictured) is creating self-guided tours for some of Savannah’s most famous grave sites. The tours were created as part of his graduate program. / GSU

A Georgia Southern graduate student is sharing the stories of community leaders from Savannah’s past. His self-guided tours bring visitors to their graves and shows how they helped build their communities.

Savannah holds some of the richest history this country has to offer. One Georgia Southern University student is making it easier to interact with that history.

Mark O’Dell will graduate with a public history master’s degree through the College of Arts and Humanities in the 2022 Spring Commencement ceremony. In his free time, you can find him scouring through the archives of the Georgia Historical Society. Other times, you can find him working in a cemetery.

“A few years back, I took photos for the cemetery conservation department as a fun way to do volunteer work,” said O’Dell. “When it came time to decide what my thesis project was going to be, I wanted to see if I could incorporate some of the stories that I had been gathering.”

That’s exactly what he did.

Two cemeteries of focus through his research have been the North and South Laurel Grove cemeteries on Ogeechee Road in Savannah. When the grounds were established in the 1850s, they were segregated.

Rather than write a traditional thesis to earn his master’s degree, O’Dell chose to make an impact in his community with a project creating self-guided tours of notable gravesites within Savannah’s Laurel Grove cemeteries. / GSU

“Family histories often lead us to the end of someone’s lifetime, which is in the cemetery,” said O’Dell. “So, I like to explore cemeteries, not just for the family history information aspect, but for the art that’s in there. And just some of the interesting stories that can be found in the cemetery.”

His work goes further than learning the names and stories of those to whom history gave a smaller spotlight. Throughout his research, he features the philanthropic organizations which helped build the region more than 100 years ago.

For the past few months, he has been working with historians and historical organizations to get the information he needs to follow the trail of people and organizations who are no longer around. He has worked with the Georgia State Archives, the City of Savannah and some of the state’s oldest cemeteries. / GSU

”I think the subject material is something that I would like to see other people work on or discover more about, and bring to the public’s eye,” said O’Dell. “It’s kind of like telling the story from the ground up by finding these people’s lives that mattered. It’s especially helpful when learning about Savannah’s history and what Savannah is now.”